A universal app store for Linux. The goal of this project was to make Linux easier to use by making applications easier to find and install. The Linux App Store does not favor one distrobution over another. The Linux App Store also does not favor one package format over another.. Our goal is simply to make the software you use more accessible to you. See linuxappstore.io 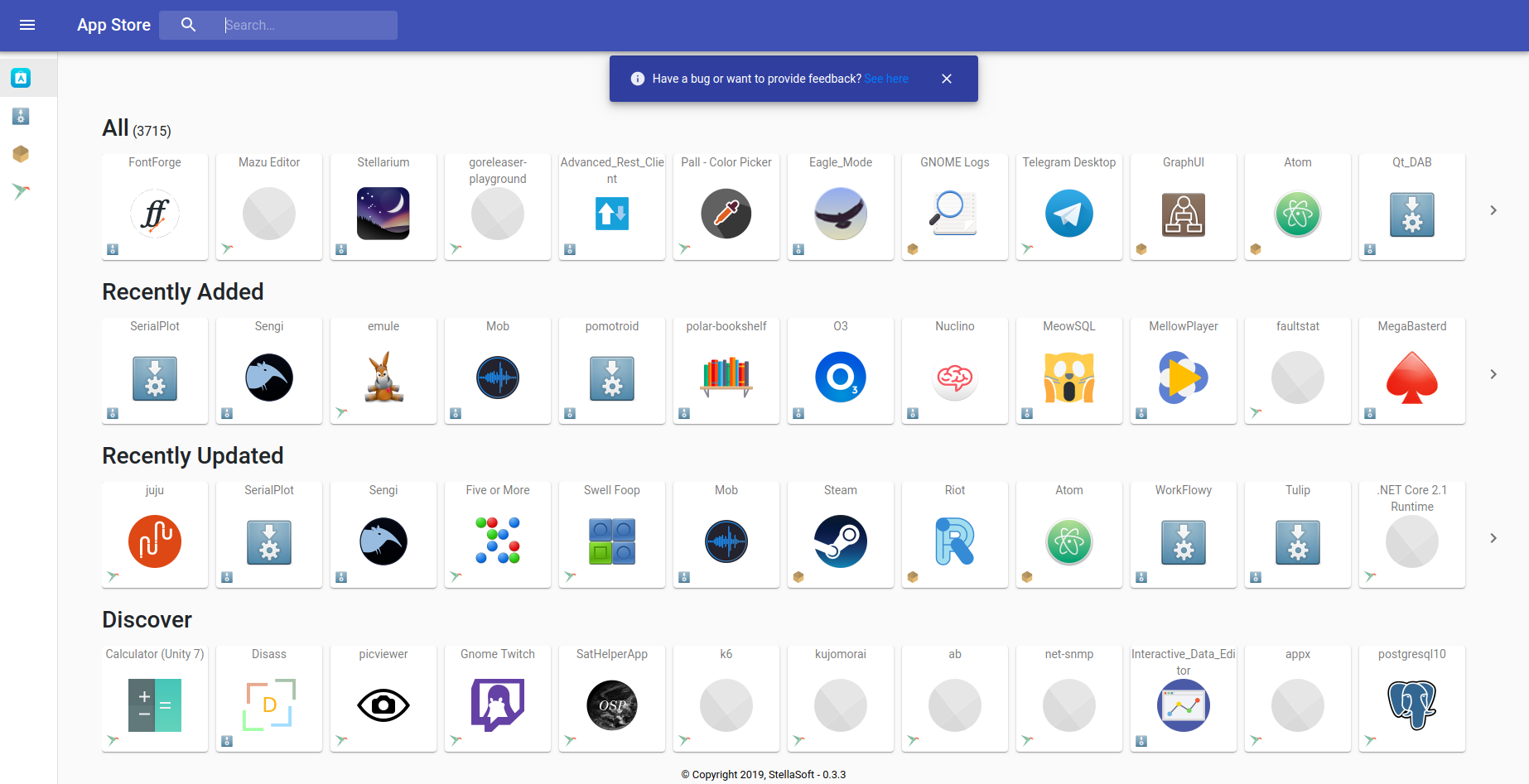 Flatpak, Snap and AppImage have their own app store which can only browse their own format.

The Linux App Store will act as the middle-man and give you access to all of them from a single interface.

Other software centers such as Gnome Software Center

The Linux App Store is not build on GTK, instead it's built on modern web technologies.