Why Git Fork Is My Favorite Git Client

Git Fork is "a fast and friendly git client for Mac and Windows".

Before I start I just wanted to say. I'm not affiliated with Git Fork by any means. I just had good experience with it over the past year so I wanted to share why I like it.

Although it's not open-source. It's completely free to use for both individual and enterprise. It doesn't have a pro version unlike other popular Git clients out there. (I'm talking about you GitKraken)

Git Fork is incredibly simple to use. It's modern and clean looking. I've tried GitKraken and struggled to figure out how to do simple things. I've tried SourceTree and liked it however it was too buggy when I used it.

I have probably tried all the Git client's out there. Git Fork has been by far the fastest and least buggy Git client I have used. Don't believe me? I would encourage you to at least give it a try.

4. It has a built-in feedback button

So I love this feature because it shows the developers really care. A year ago when I first started using Git Fork there was some annoying issues I didn't like. Such as not being able to right click on multiple branches and deleting them. I used this feedback button and within 30 minutes the developer responded and it was fixed in the next release. This wasn't the only time as well. I've sent another feedback about allowing Visual Studio Code to be used as an external merge tool. The developer responded back right away and fixed in the next release again. This just shows me the developers really care about Git Fork and really have a passion for it. I can't count how many times I've been annoyed with another Git client and have been wanting to tell the developers to fix it. (I'm talking about you SourceTree). With Git Fork if something is bothering you, or if you wish they had a feature they currently don't have. USE THIS FEATURE! It's awesome! You WILL be heard!

5. It has a built in merge conflict resolver

So a year ago they didn't have this feature. This was one of the biggest features I've been wanting for a long time. SourceTree didn't have this either last time I used it. GitKraken does have this but it's not available in the free version. So previously I've had to use an IDE for this. Which isn't bad but it would be nice to these kind of issues straight from the Git client. 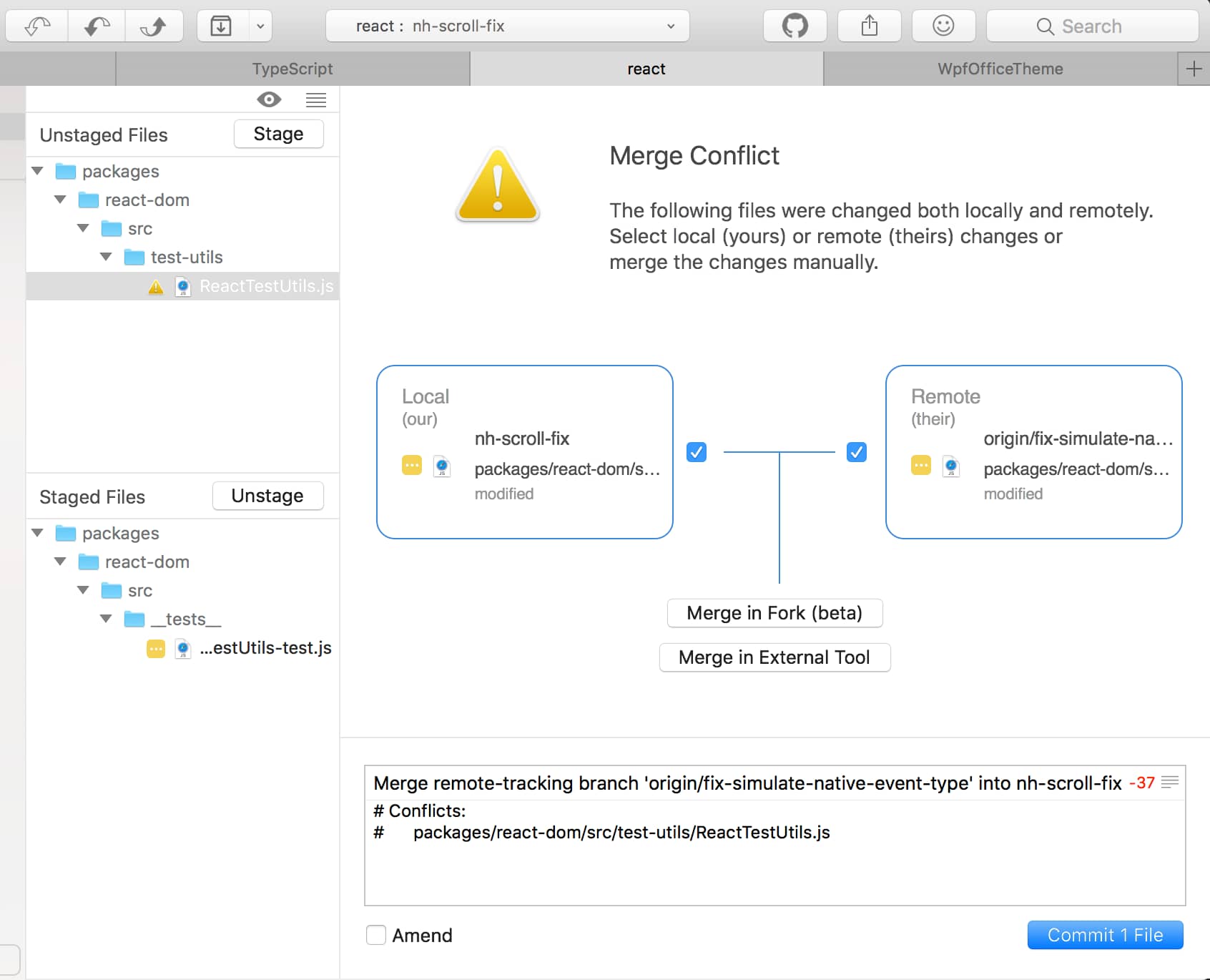 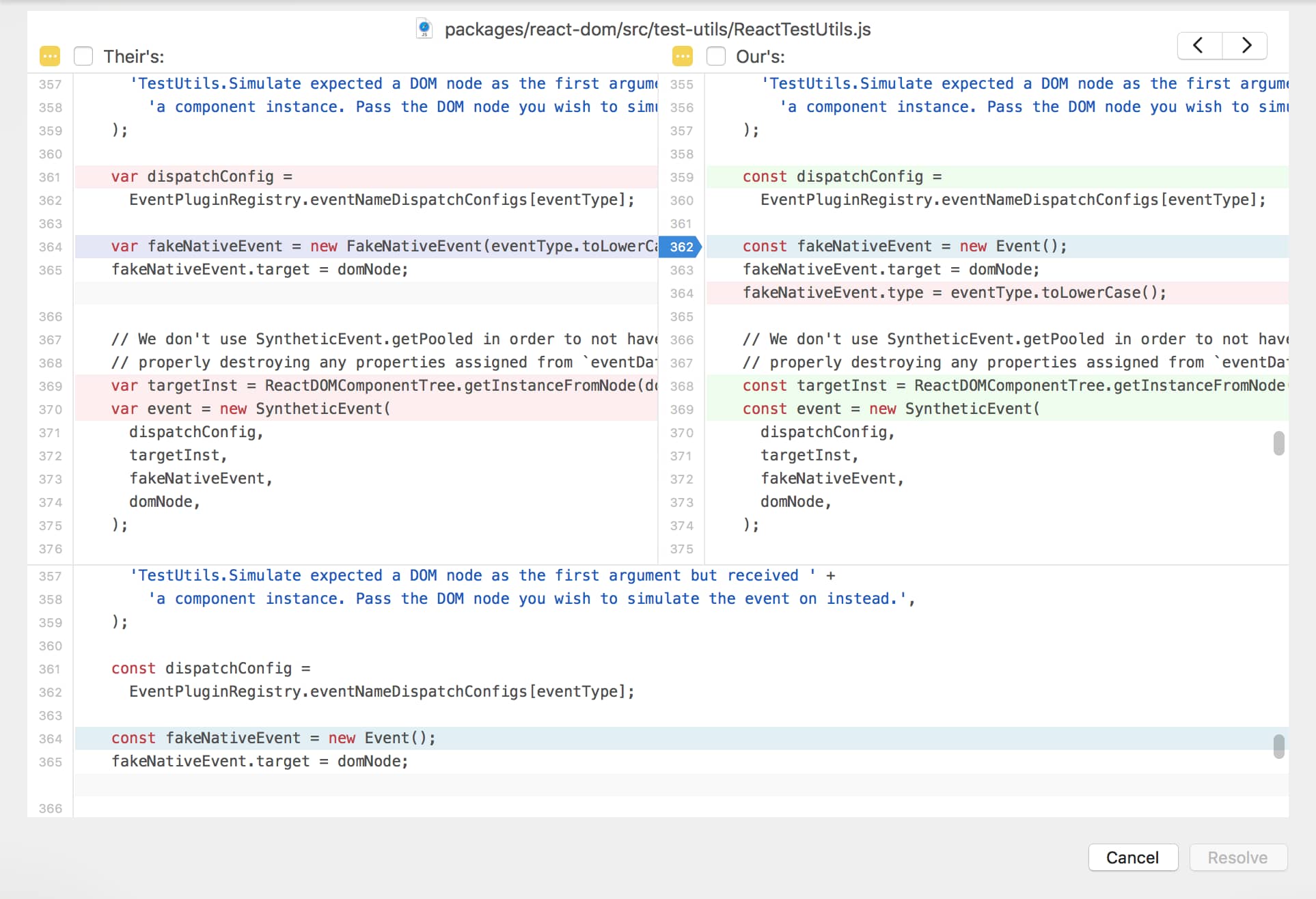 6. It's available on both Windows and Mac (Hopefully Linux in the near future)

I do wish this was available for Linux but for Windows and Mac this is by far the best Git client. I've used Git Fork extensively for both Windows and Mac and I've been nothing but happy with it. I've had no reason to switch to anything else.

7. It's constantly getting better (actively maintained)

A year ago I would have not wrote this. However Git Fork in 2019 has impressed me. All the features that I have wanted have been added. I can't remember the last time I've ran into a problem with Git Fork. It just works. Git Fork updates about once or twice a month. It's very stable.

8. It's loaded with features

Git Fork is simple but it has a ton of features. I still don't know them all. If you wanna see all of their features reading through their blog. See here

9. It can show what commands are being called underneath.

This feature is awesome. If you're one of those people that need to know what commands are being called underneath this feature will be very helpful to you.

10. It increases my productivity.

I use whatever makes me more productive. So far that has been Git Fork. I've used the terminal for a while but typing out simple commands all the time was annoying to me. Also trying to look back at git logs is not as easy as using the GUI. So I wanted something that was fast, simple and feature packed where I can use one tool for all my git needs.